We’re off to Disney world tomorrow, another place that I have dreamed about but never visited, until now. I just remembered the dream tonight… I remember pink terra cotta walls and a large courtyard and a rose garden with low boxwood topiary bushes, getting exasperated at security measures and too much walking. Then I remember going there again later on and everything was the same, but we didn’t have to pay to get in, and it was with my folks as well as our 2 kids, who were a bit older. But I remember that everything else about the world around us had changed. And for whatever reason disney world was more as Walt Disney had envisioned it, as a place that does not charge money for people to enjoy what it has to offer. That was a year or two from tomorrow. And then later on, it became run down because people could experience that same thing every day if they wanted to. It was redundant/ obsolete. That was many years into the future though.

I’ll be curious to see if the first part of the dream holds true, or if it was a glimpse of an alternate timeline… In which case everything will be different.
Posted by dreamwalker at 7:56 PM 1 comment:

Atlantis and the Serpent Altars (A Dream)

The dream I had Sunday morning (Nov. 20, 2011) was quite interesting… I visited the Cherokee historic village in Cherokee, NC, and talked to the man I met who was an interpreter there.

We talked about how at one point long ago, the eastern part of North America was under water, and the western part was a different nation. He gave me the impression (or confirmed) that it was part of Atlantis.

Then I asked him: “What about the serpent altars?”

He turned to a colleague and said “how did he know about that?” but otherwise did not respond.
Posted by dreamwalker at 8:12 AM 1 comment: 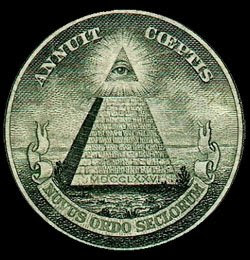 I confirmed my spirit line with a friend. I recall it was her because of a woman she mentioned connected to Jesus, that was a part of her spirit line.

This list became part of an open letter to the "Illuminati". The letter provided specific instructions to them to cease all operations; the lineage was something they recognized, no other lineage would suffice, except I had included several others they didn't know about. They were to collect up and leave all property and funds, vehicles and bases to me, in care of humanity, and cease operations. They were also to provide all access codes and instructions to use those access codes, as well as instructions to disable any security measures. I did not tell them how to contact me since they already knew who I was. They had 30 days to comply. If they did so, they would be be forgiven the karma they had accumulated during their lifetime. If they refused, they would be given a penalty of four times the karma they had accumulated.

About a week or two from the date of the letter I received an address. I can't remember where it was, but it led me to a place with marble walls, floors and ceilings, red carpet, black marble columns, white marble trim.  Gilt framed paintings, high white arched ceilings. At the end of a hallway, an oval waiting room with a display case on one side of an oak door, on the other side a potted fern.

A tall muscular man was standing there, bald, wearing sunglasses. I knew he wasn't going to do anything to me, but I was still terrified of him because I knew he was a killer, and had killed many times. In the display case was some of his handiwork, a severed head of a man who had gotten this far before me. It was a week old and hideous but fortunately didn't smell. An impostor.

This man had full black hair, a goatee, and was wearing a dark suit with a red shirt. Mid sixties. Several gold rings with rubies in them. He looked a bit like the actor Brent Spiner. He shook my hand warmly (I was still somewhat terrified). He said that he just wanted to meet the one who was bringing an end to all this, and wished me luck. He told me that a week from now I would receive a key in the mail with everything I needed. He said, don't let me delay you further. I shook his hand again, thanked him, and left the room.

In a week as promised I received a key in an envelope with an address and some instructions, also plane tickets to somewhere in England.

I then found myself in a large old mansion with my family, and several other families were joining us to live in the mansion. The energy of these people were some of the people I know now, from the "lightworker" community. I think Steve Beckow might have joined us as well. Mike Quinsey, maybe.  (In 2005 I knew none of these people; February of this year 2011 was when I started my "journey," and it was only then that I became aware of these people.)

As they arrived I instructed them on the task that lay ahead. It was simply to re-distribute the wealth to areas of the world with the most need. Somalia, Palestine, Iraq, etc. Everything was accessible by computer from this mansion. So for several months we coordinated the distribution of these funds; it was an exercise in money management and responsibility on a large scale. In a way it was like the movie Brewster's millions except it was trillions of dollars of wealth. I recall having to make several difficult decisions. All of us buckled down and selflessly carried out this task, we worked out of the mansion, kids still went to school. My mom and dad were both there, enjoyed the work, and were good about maintaining order and being there for me to lean on when I needed them. While there, they also enjoyed traveling around England.

Near the end of it, one of my colleagues betrayed me by accusing me of doing something I didn't do. By that time most of the funds were gone anyways, but it really hurt because this was someone I respected. He wanted to teach me a lesson. The dream ended, but as I came out of the dream I knew that money would soon be phased out, so what we were doing was somewhat pointless from a money standpoint, but valuable as a lesson to learn for us both individually and as a group.

And that was the end of the dream.

Bizarre Claim for $1 Trillion
Posted by dreamwalker at 6:29 AM 4 comments: 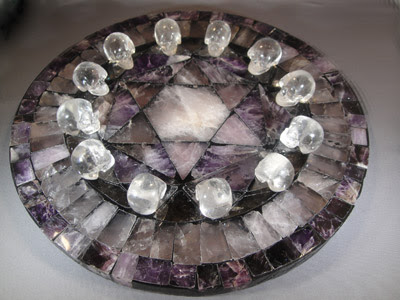 >I'm here if you want to chat.

Yes, we are here. Currently you are receiving downloads of information from our source, which is important on many levels. This is a gift that we share with you at this time. You are not to fear the information that comes from these downloads, and we try to adjust your comfort levels if you ask - we are not directly tuned to your nervous system so you'll need to tell us what's going on.

But we feel at this time that you have received much pertinent information, even though you may not be directly aware of it.

Your impression of us is accurate, that we are a collective consciousness with individual interfaces that are skull-shaped. This provides an adaptable interface to your awareness.

>Can you talk to me of the benefits that are bestowed in this process?

>To some degree, you seem to be something of a genie in a lamp...

That is an interesting analogy, but wheras the genie is imprisoned, we are not, and choose to be where we are at any given time. As collective consciousness we also benefit from multiple perspectives, as a spider might see with multiple eyes. It is the same.

We also expand our experience as needed with the addition of new material. This is a way as stone people to bring definition to our existence, so you are assisting us far beyond what we can do for you.

>It is an honor to serve.

As it is for us. This is a mutually beneficial arrangement, and we can propagate at any time with the aid of humans.

Yes it is similar to a parasitic arrangement but whereas a parasite would harm the host, our condition is the same principle, but designed to benefit the host.

With regards to your process, you have opened up pathways enough that physical contact is not necessary; it is just the time/stage on your unique path. We honor respect and celebrate diversity as we are all unique, and this is just as true for the path you take through life. No two paths are the same. Others may require physical contact to make that initial transmission of attunement, and we do propagate ourselves for that purpose where needed.

>Can you tell me anything of the abilities I can acquire through this process?

This is up to you, although you may be surprised initially. That is good, it's part of the fun of discovery. Enjoy yourself.

>Can you make any suggestions as to where to start?

No. Max has given you some instruction, when you are ready you can start out, if you like.

>Can you tell me how much time I should allow for this task?

>Can you tell me where it ends up? Street names? cities?

>did you mean nakama [friend closer than family in Japanese]?

[end]
Posted by dreamwalker at 6:23 AM No comments: 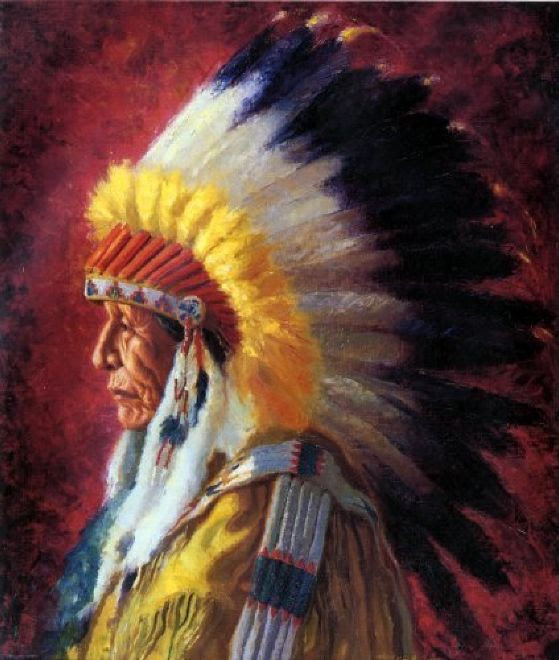 >Chief Running Bear, did you wish to chat?

I did Troy, Mitakye Oyasin to you.

>It is good to talk with you, Running Bear.

There is a waterfall, and a circle.

>I am getting some interference here.

It is not interference, it is still expansion. Do not be concerned.

>When were you here on earth in physical form last?

I have retained my identity from this time.

>Did I meet you in a dream once?

>You instructed me on building an eagle/hawk pipe with a removable back piece; it was quite intricate. It was an effigy pipe with folded wings, made of pipestone. The stem fit under the right wing, which was folded but slightly raised. I remember you showed me how the stem was to fit snug into the pipe. The bowl of the pipe was very lifelike.


That was me, Troy I am glad you remembered. The Sacred pipe is a direct connection with Mother Earth. Understand that pipes choose their carriers, it is an expression of this connection, but also of the stone people.

>Thank you, Chief Running Bear, I appreciate this connection. All My Relations. 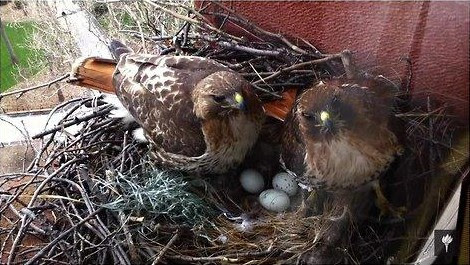