I was woken up by my son, telling me there was a tick in his room. I found the tick and put it in the sink.

I went back to bed, and fell asleep. In my dream, it was the early 80s, and I was a kid visiting with a friend of mine, although I don’t recall who my friend was. The decor was long-pile beige rug, blocky brown couches. Analog TV on a small TV stand. We were playing the living room, and it was brightly lit; I think there was a sliding glass door and lots of windows.

On a tray in the middle of the room were several small crab-like creatures. It felt like we were playing with collector toys, but these were living things. I was reminded of the idea of bonsai, except these “battle crabs” looked like miniature mountains. There were 4 of them, and the last 2 were wearing white armor, which also resembled snow-covered peaks. The largest on the end looked like Mount Rainier, in Washington State.

Posted by dreamwalker at 1:21 PM No comments: 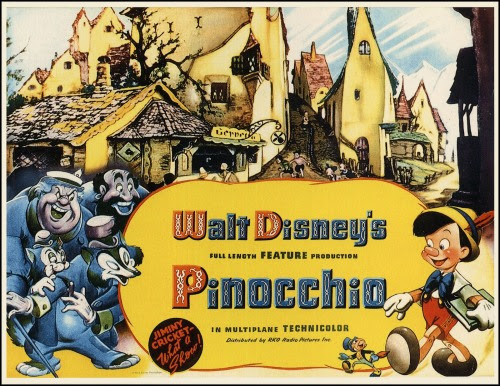 Reading the recent wingmakers article, I realized that the story of Pinocchio  borrowed heavily from the Sumerian origin story.

I was “told” that the difference between humanity and Pinocchio is that when we tell a lie, our noses don’t grow. We grow older. This includes lies that we tell to ourselves. Sometimes we are controlled with strings (i.e. contracts), other times we give in to temptation. To become “real”, we need to be true to ourselves and others.

I’ve always wondered why Pinocchio would want to give up his puppet-form to become human. It seemed to me he had far more benefits as an autonomous wooden puppet, since he never grew old, and would never die. He seemed to have far more freedom than humans typically / currently enjoy.

Something else I understood is that this is-and always has been- a story. In storytelling, the storyteller creates characters to illustrate a larger concept / truth / idea, but the “basic” story is fabricated. This is alluded to in the Wingmakers material as well. It is “just a story”, used to illustrate a broader concept.
Posted by dreamwalker at 6:43 AM No comments: