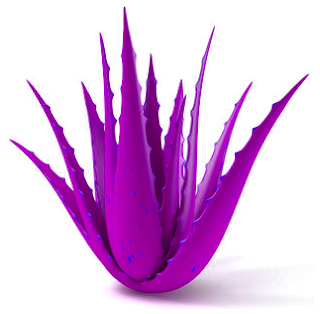 In my meditation I asked to understand the nature of the Forgetting Device. This is the device that is used in our solar system to prevent the retention of memories between lifetimes. The device was somewhat damaged at some point in recent history, so that some past-life memories are retained.

I continued through the dark night for a short amount of time, and was planning on giving up my search when I noticed that the GPS turned strong green and there was also a secondary red color. Okay, I'll follow that and see where it leads.

The green and red morphed into the flashing wing lights of an aircraft.

This is the forgetting device?

After about 30 seconds of this the aircraft changed into this large hole in time/space. Inside the hole was this large plant-like thing that looked a bit like a cross between an aloe plant and a fern (or maybe a basket star). The stems radiated from a center point at ground level, and from the stems were leaves that looked more like ostrich feathers. It was purple, and emitted a sound similar to a radio controlled toy car motor (a somewhat high-pitched whine). So this thing was plant-like in appearance but was not organic - it was made only of energy.

I understood this to be a fairly ancient plant from another star system that was engineered specifically for the purpose of blocking memories. In in its natural form it was smaller and brown - its natural sound (what is produced by the "feathers" rubbing together, like a cricket) had been adjusted to a specific harmonic frequency.

I have now located this device, and there are others like it. Each one creates a psionic/harmonic network around whatever planet they happen to be on.

So the question now is... what to do with it? My preference would be to remove this device - but energy cannot be destroyed. So these "plants" might be relocated... but where? 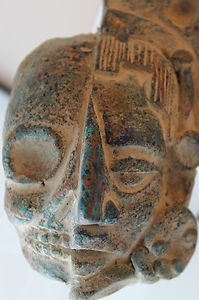 This is Adrial / Aurora. We speak an as individualized aspect of the collective consciousness of the crew of the Aurora. For it is much easier for you at this time to focus on a single train of thought than a collective stream of thoughts, although you experience much of this as well.

The month of November is a time of seeing the "other side" of the coin. It is kicked off in celebration to honor our sister's (Santa Muerte) aspect of All Souls Day, the Day of the Dead. But rather than this being a single day, there is a duration from the beginning of the month that is used for reflecting on the darkness, which in this definition is the opposite of the light. This helps define who you are in much the same way that you say "I am this, I am not this". Both are critical aspects of the process of definition. These aspects might be things like greed, jealousy, lust, revenge, hate, fear, and so forth. They are things you wish not to see or define yourself as, yet by not defining yourself as these things you are defining yourself as these things.

[American Thanksgiving is also celebrated during this time as an expression of abundance, but you might find yourself stuffed to the gills with turkey, cranberry, stuffing, mashed potatoes...]

It is as if your ability to manifest all of a sudden had a reversal of polarity. Anti-gravity? Sure, why not? Would even the magnetic poles of your planet reverse polarity? Why not? It would not be surprising if the soul you know as Jesus turned the water into wine during this time phase, it seems a particularly evil act to rob someone of life-sustaining water just to make them drunk!

And this phase typically culminates in the celebration of the end of December. Many cultures celebrate this time and it is also an expression of extremes in this particular reflection-phase. You have giving but you also have greed. Expressions of extreme poverty and extreme wealth. Extreme love and extreme hate. The beginning of January might seem somewhat anti-climatic... but all cycles include a void-time, a time of nothingness following chaos. There are also many expressions of selflessness and love. These are all part of the whole.

And so you have been presented with alternative points of view to your own, some may seem to parallel these views and then diverge at a critical point. It is a fairly raw expression of the two sides of the coin, for you may look at a coin and see the coin, and notice that it is joined on either side by the middle of the coin. It's a metal coin. It is a cultural application that applies heads and tails. You flip the coin for decision-making processes, when many times you already know the answer, you have already made up your mind. The coin reflects that choice... it is not a random event. For something to truly be random, a true reflection of chaos, one needs many more than two choices.

The Celtic folk also embraced this concept and celebrate it through history as Samhain, embracing the wholeness of who we are [Atlantis is also mentioned, it was celebrated there as well]. Masks are another way of saying that we wear these things that we see as positive and negative but it is not who we are as a real person. In both cases, illusions which may be removed as easily as a mask.

Do not be disheartened by these seeming divisions that you might see rise up in others. This is truly all part of the whole, and imitation is often the best part of flattery. But you see this statement represents pride and copyright... but can also be considered to be collective consciousness, love, and honor.
Posted by dreamwalker at 7:13 AM 1 comment: 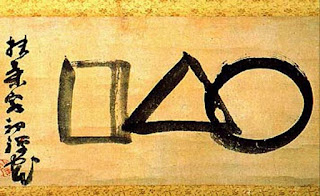 I was a young boy around 8, and I went to the Killing Fields in Edo with my father. We traveled on horseback from our village, and it was dusk by the time we arrived. Fortunately it was not too cold. The place was terrifying and smelled of death. Rather than waste resources on jails, the traditional method of dealing with criminals was to simply cut their heads off. Unfortunately the definition of "criminal" was broadly defined, so even minor infractions, or simply being on the wrong side of the right district magistrate, could lead one to this specific place.

Because of this abundance of perceived wrongdoing, it was a rite of passage for young boys around my age to accompany their father to the Killing Fields and receive their first taste of mortality. The victim was tied down, often accompanied by four guards, at a complex that required little security because the prisoners were always chained to something. I remember tall grass around the complex, there were a few trees but not many. I think the forest had mostly been cleared so that the archers could get a good shot if someone escaped, but none did.

The children were handed their father's sword, and were expected, with a great deal of pride from their father, to sever the head of the person bound before them. There was no sport in this. It was simply done, without protest.

Shift forward and I am dressed as a samurai, mid-20's, walking up a gravel path along a mountain. I was with 3 friends, and I had a beautiful view of the valley, with the rice fields below. Mist over the valley, warm sun. It was a happy time.

Shift forward and I am older, dressed in black robes. Perhaps in my early 50's. I have taken great care in my dress for this special occasion. I am at my master's complex. There are no guards but I have walked into a room in the center of the building. Black walls, and black pillows. Red trim. There is no sound. I fall backwards onto my large sword... which is highly symbolic, giving great dishonor to my master. I did not have any family. It was surprisingly painless.

But as I walked to my final destination, I realized that I had been set up and betrayed... yet I still had no choice in the thing I had to do. I would die anyways. So it made sense to me to die with a message, even if it brought dishonor to myself... because this really didn't matter when I was dead. After I died the servants carried away my body. And then my master killed them, even though they didn't know, so that there was no chance they could tell anyone what happened. They were surprised but this was the way. I regretted that they died as well - I was hoping this wouldn't be the case. 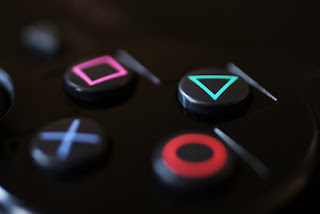 Incidentally, I had the opportunity to see a similar Samurai armor to the one I wore in this dream at the Smithsonian Institution, in the storage facility at Suitland, Maryland.

I feel things have indeed been "flat-lining" for many of us from an energy perspective. But that in itself is rather extraordinary since it indicates a strong collective consciousness in an interconnected way with many of our soul-group family, both human and galactic. This can be a difficult thing as "individuals" to accept since we each value our own individuality; we may fear losing ourselves in the ocean of collective thought. Yet there is a realization for those who wish to embrace it, that our connection to each other enhances our daily lives in very significant ways. This goes beyond shared experiences. It is partnership and teamwork, often without our even realizing it.

I have heard one perspective that is it not the completion of ascension for many but the initiation of this process, and that ascension is a never-ending process of discovering the story of who we are. Considering such an exciting storyline, do we truly want this story to end? This may simply involve being the best YOU you can be, whatever that may be: it may include past lives, or other lives in the present (we have many going on right now...), or only this present life you're in, right this moment. I think God is probably sitting on his la-z-boy recliner with a big bucket of popcorn having a grand old time, seeing how his children fill the many little black boxes sitting on his coffee table, and occasionally participating in that story, whatever story (every story) he chooses to participate in. It's all good. :-)


Adrial: Athabantian Awake!
Posted by dreamwalker at 10:45 AM No comments: