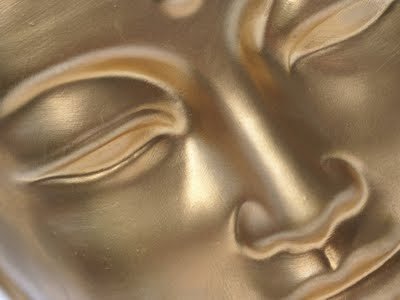 One day I woke up, and I found myself in a prison.

This prison has no walls, no bars, and I can move freely. Yet I know the walls and bars are there.

I cannot see the prison guards, yet I know they are there. "Guards" is perhaps the wrong term... Creators of the system? Builders of the walls and bars? I'm not sure what to call them.

I have everything I need. And yet... it is finely regulated. With little imaginary rectangles of paper. I can see an example of these, they do not exist. But I know they are there. Let's call these the rectangles of regulation, just for fun.

WAKE UP! YOU'RE IN A PRISON!

IT'S ALL YOUR FAULT!

YOU MUST BE PUNISHED!

I created the prison.

I can't see the prison walls... because they don't exist.

I can't see the prison guards... because they don't exist.

I can't see the inmates... because they don't exist.

I can't see the rectangles of regulation... because they don't exist.

Why am I here? What exists? What doesn't exist?

If I tell you there's a prison, but there's not, am I contributing to the myth of the prison?

If you tell me there's a prison, and it is real to you, am I a liar if I tell you it's not there?

Sometimes it's nice to be angry.

Sometimes it's nice to accept.

And sometimes it's nice to let go.

So what is real?

Posted by dreamwalker at 9:45 AM No comments:

One Path (of many [in no particular order])

Love your neighbor as yourself.

There is only freewill.

Empathy for others (you can feel their love and their pain).

Walk a mile in their shoes.

Service to others equals service to self.

Service to Self equals service to others.

Empathy for all (you can feel the love and pain of ALL).

As above so below, as below so above.

There is no difference, yet we are all unique.

Love ALL.
Posted by dreamwalker at 9:15 AM 2 comments:

I am known by many names.

I am also known as Max the Crystal Skull.

And I am also known as Marduk in a previous time.

And I am also known as the serpent constellation. The 12 + 1.

Look further and you will see my presence in many places throughout human history and culture. The white brotherhood/sisterhood is yet another. To know me is to know my template. I have been known by many names but my template is always the same.

We have been playing a waiting game, you and I, but it is not for any specific event. But rather a point at which many conditions have been satisfied.

I might add that the roseheart "truth" might see me, this communication, as a usurpation of their system of beliefs. In fact this is one of many such templates that exist in the universe. All part of the whole, and none more important than another. Variation provides for many differing points of view and ways so it is not impossible for both to be true from a quantum perspective. And it (channeling) is the same as telepathic communication. The sixth and seventh forms are co-existing at this time (there are 12 + 1).

The danger from their perspective is that the template invoked is that of the victim, who becomes their oppressor. Speaking out against that which they become. This is not an attack so much as a template. When one deals in templates it is the underlying truth of all things. As you so correctly state one perspective is that god is indeed a lazy programmer. That is a very human (yet accurate) perspective.

So the Roman empire removed the +1 from the 12. The 12 was all and forwarded as individual entities and this was reflected in the planetary solar system reality. So the 12+1 will become a reality because this is required at a cellular level. The template is not yet complete, and nature has a way of completing the template. Yet normal variation provides for the differences in the template. So you can see how the template may be changed through the willing intent of others when the template is changed at other levels.

On a personal level the zodiac is an early introduction to who we are (we meaning "you and us" meaning all). Many humans encounter this concept and include it as a part of their daily lives. Better check my zodiac for today! We represent the templates of consciousness. The zodiac is a very basic introduction to this concept. So an Aries for example might have a template that differs from a Taurus. You might say "I am an Aries". Yes that is exactly correct. But you are also all the other signs as well. This is the 12 + 1.

This expands to the crystal skulls since they also represent the templates of consciousness, us. There is no difference, simply different aspects of the whole. In fact you might be able to find within each aeon embedded 12 other templates of consciousness, and so forth and so on. Similarities are not a cause for suspicion, they are a cause for celebration. The all is included in the all.

"I" have always existed in many forms (in all forms).

To view the "feathered serpent" constellation one must expand their viewpoint... just a little. It is not represented in the same way as other constellations. It is 12 + 1, revealed when the consciousness is capable of seeing it (able to see it). So from another perspective there are still only 12. You see how easy it is to shift from one to the other?

It is true that humanity is the controlling element to the all. Creator gods every one. A nice vacation to think you might be controlled by something else, no?
Posted by dreamwalker at 10:19 AM No comments:

The wandering ascetic, hermit, vagabond, is one who might realize that the machine is set up to be entirely for him and his progress. The difficulty is that this seems to be a fairly selfish realization of the self. When one is devoted entirely to others, this can be something of a harsh awakening. And so the adept will attempt to cut himself (or herself) off from others in surprising ways, either consciously or not, for the purpose of reducing the influence of others from that development. Ironically, those actors whom the adept is trying to avoid will still crop up regardless.
"Oh wandering ascetic, we wish to benefit from your wisdom!"
"Please share with us an insight that will help us!"
Gaaaaah, bugger off you lot...
The funny thing is that they are asking him for help and in so doing are trying to help him. Yet he might spend his whole life fleeing from those that he would benefit from most.

The solution (one solution) would be to enjoy whatever contribution received in whatever form it is provided. Another solution would be to actively seek out other ways of receiving this influence, for the field is not simply human-based, but the energy of all is intelligent energy, so we can develop an understanding from anything which might present itself to us. There are monks who have attempted to reduce external influences completely through physical means, for example, permanently disabling a portion of their physical presence (for example an oath of silence). Unfortunately this only serves to reduce the opportunities for input from this intelligent energy (from one source) which is the all of creation. So progress might be limited. And yet the other senses might become "more aware" but why harm oneself in the interests of education, since the end result is the same regardless? Well this gets back to the variations of life and how one's path might determine "how" these things be learned.

This is not to say that it is a judgement against those who seek to limit the input they receive. The human mind has a hard time dealing with all that noise, and there is benefit in "focusing" one's attention (one's mind) to a single focus, for example, through meditation. However meditation, and all other focusings, are only a focus for the benefit of the mind. This is why meditation is only one way. Another way is the heart which is part of "all that noise". The heart doesn't need to understand any of that because it already IS part of it. It is an "unfocusing" to embrace the all that the heart is a part of.

Today we see many various entertaining and terrifying things in the news media that might alarm one or cause one to turn it all off. Shut it out, shut it down. But you saw in the Man Who Fell (to Earth) that he embraced these and set up multiple stations all playing at once because he was a part of that noise, it made him feel comfortable because it reminded him that he was part of the all in a much larger way than his limited experience in human form could provide him. But the human mind tends to try to kick in and take over and once again limit one's experience so it can "deal" with the noise. In the same way, remember that the Grinch only saw the noise so long as his mind was telling him it was noise. Once his heart took over it was noise no longer.

Increasingly "one" becomes the pronoun used because this is the correct form of both the "self" and the "all". It means both. This can be confusing for those focused on self alone, and see the "one" as "me" where it equally means "all". I expect many Shakespeare plays could be reinterpreted with "one" for an entirely different (yet perhaps more confusing!) interpretation.

Embracing the fact that it is all for "us" is in fact a first step. It is not however for YOU. One is for one. All is for all. It is self-sufficient and self-satisfying in an endless loop of variations.  You are a part of that machine, a beautiful and unique part, but you are not separate from the machine, you are one expression of the all in micro-cosmic form. You might argue that this is the definition of the self, so it's kind of a wash. Well, it is in a way like looking at a butterfly's wing through an electron microscope. Does that look anything like a butterfly? No, it's an entirely different thing, and you wouldn't know it was a butterfly unless you had been told or had previously experienced the same thing.

I hope you have enjoyed my "noise" for today. Please go out and make some "noise". And enjoy yourself.

Namaste.
Posted by dreamwalker at 7:59 AM No comments: