I was at the office with my coworkers, and I had loaned the "new guy" my ipad. When he returned it, he said the battery was missing, so it was broken. I suspected him of stealing the battery or removing it. Which is silly because the battery of an ipad is not removable (although it probably could be by someone who knew what they were doing...). Another part of me was thinking, way in the background... why do we still have devices with batteries? It's not necessary.
Posted by dreamwalker at 8:13 AM No comments:

listen to your heart

can you hear the heartbeat

it's the beat of the universe

listen to the energy flow

it is like the blood flowing through your veins

It is an endless tide of creation and destruction

covering all planets, all stars

all forms of matter and light energy
Posted by dreamwalker at 1:09 PM 3 comments:

Golden. Smiling.
I am the Way. I am the Path.
I am the alpha and omega — the beginning and the end.
I am true and I am false.
I am all and I am nothing. Om and Mu. Light and Dark.
I see you but you cannot see me. You see me but I cannot see you.
Within and without, we are One.
Posted by dreamwalker at 7:25 AM No comments:

I was in a lawyer's office. I recall mustard-colored carpeting and black marble trim. Japanese decor. I was there to discuss matters relating to The One People's Trust (i-uv.com). There were well-dressed families there, a child in a red dress playing with toys. Dani met me in the waiting room; she was wearing a navy suit jacket with a white blouse and navy skirt. Her hair was a bit longer than shoulder-length and bleach blond. This might have been in the late-80s or early 90s, she was younger than she is now. We talked but with no resolution, in the end I said, "I just wanted to say THANK YOU!" and unsuccessfully fought back some tears.

I left the office and walked down the hall, the elevator was out of order so I took the stairs. I left the building to meet my sons for lunch at a restaurant. It was a warm sunny day.

Note - I have updated this to reflect that this may have been Dani from Removing the Shackles. It's possible this dream was an "alternate timeline" kind of dream. It happened, just not in this PARTICULAR timeline. See the movies "Cloud Atlas" and "Mr. Nobody" for reference.

Posted by dreamwalker at 8:17 AM No comments: 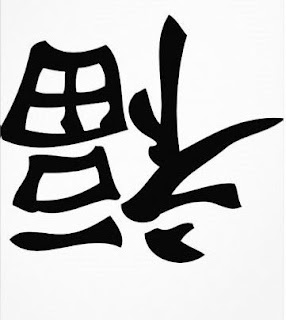 I met PinChu in a dream before actually knowing she was a "real person". It was roughly two years ago, and in the dream we were on vacation near a beach in Spain. We were visiting a castle, it was very sunny, and we had a really nice time exploring. We connected a few months ago over the internet, and have been good friends ever since. She is a "spiritual daughter".
Posted by dreamwalker at 7:54 AM 1 comment: