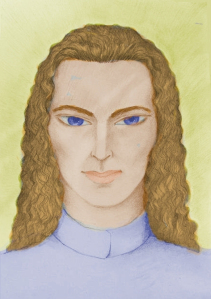 This is a conversation I had over the weekend with SaLuSa, which was made up of telepathic ideas rather than a conversation of words.  So there are meanings conveyed through telepathic thought that are not easy to write using the English language.

SaLuSa confirmed that there is a difference between "passive" and "active" channeling. The messages provided by Quinsey (and now MADAD) are "passive" one-way communication (although both of them do 2-way communications as well). The "passive" serves the purpose of being a "light beacon", but are also intended to be controversial, to encourage others to find their own path and try it themselves. Seek their own answers. I asked if there is a possibility that people could just get discouraged and give up and go home (so to speak). SaLuSa suggested that yes that's fine, these folks are not ready for the "next step" in their understanding. It is important that their path include these stages or levels, and it is possible that in the "law of variation" that all iterations of a possible path may be explored by different people. Diversity of experience is important. It is also beneficial to participate in some form of group meditations or activities / collective consciousness because this creates a higher-level consciousness that can be beneficial to one's abilities. This is the "level" that these abilities take place / transact.

It is also possible to "go it alone". I asked if it is possible to improve one's abilities in an environment that denies these abilities  - the answer is that it is more difficult but not impossible, and sometimes people will discover these abilities without realizing it. It already exists but they deny that it exists, so it does not exist, even when it exists in plain sight. There are many varied "abilities" that we have naturally from birth - but these usually occur as strengths and weaknesses.

So too the telepathy experiment that my friend Tauno provided was accurate, but as soon as it happened I forgot that it happened because of my focus on the question at hand (the question was, think of someone that we both know).  In fact the name of the person arrived instantaneously in both your minds. This is an example of how it is sometimes difficult to be "completely honest" with yourself because your "personal focus" or "personal filter" can override the connection. This is similar to looking for milk in the fridge. The Milk is right in front of you, but you can't see it, because you're looking for the milk.
There was also encouragement that I was feeling that I could do more to help with people's eventual awakening - it is more important to have someone else be there to greet them on the other side of the river. Way-showing (providing / being an example for others) is the boat that takes them there - but they still need to build their own boat and paddle it themselves (this to me sounds more harsh than it was intended - we are never alone in our journey).

(as an aside I feel SaLuSa prefers to be referenced in a "gender-neutral" way. This is difficult in English since we only have "he" "she" and "it". There is another term that they use that we don't have, so I tried to get around this by just using the name instead of the pronoun)
Posted by dreamwalker at 8:48 AM